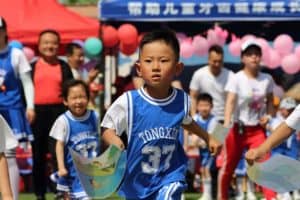 Mothers have always been viewed as the heart of the home, the one that holds the family together. She has always been the nurturing one, who greatly influences the child’s growing up years. However, recent research shows that the father or father figure is of equal importance and also contributes to a child’s emotional development. They instill discipline in the child and their involvement in the child’s life is critical to honing the skills of the child – whether they be in terms of communication, social, cognitive aspects. How the father provided love and care to the child provides long-term positive effects.

As a parent, you want the best for your child. You want to make sure your child is well provided for and taken care of. In some circumstances, the father or the mother may have to go through legal means to make sure this objective is met.  A paternity test is one way to make sure that you get child support and be able to secure your child’s medical records, government benefits, and health insurance but is restrained from doing so because your parentage has not been established.

As parents, you have the legal right to establish a relationship with your child. While state laws provide that both parents have equal opportunities to have a relationship with the child, California laws also stipulate that the court system or other government agencies may not interfere in this parent/child relationship unless really necessary and in the best interests of this child, such as in child custody and paternity cases.  Traditionally, the child’s mother is identified as “primary custodian” and the father is the “non-custodian”. This means the child’s primary custodian has custody for the majority of the time as well as establishes where the child lives. On the other hand, the “non-custodian” is granted visitation rights. full custody is granted to the child’s mother while the father is given visitation rights. Recently, the tables have turned. More fathers are granted full custody and the mothers are given visitation rights. Just goes to show how society has evolved and how the family, as a unit, has progressed. Nowadays, the court decides based on the ability of the parent to provide and care for the child, as well as the relationship the child has with each parent.

California interchanges the use of the words “paternity” and “parentage”.  Establishing parentage involves an official Declaration of Parentage or court order that declares who the legal parents of a child are. This is crucial before the courts decide on custody, visitation arrangements, or child support payments. The law varies depending on the situation of the parents at the time of a child’s birth.  In some instances, paternity is already assumed in cases where:

In these cases, it is no longer necessary for the mother to order a paternity test as grounds for child support.

The easiest way for parents to establish paternity is to sign a Voluntary Declaration of Paternity.  When an unmarried woman gives birth, both parents of a child must agree to sign this form. Doing so is an acknowledgment that they are the child’s parents, the father’s name is on the birth certificate, thereby assuming full parental rights and responsibilities to the child.

Another way to establish paternity California going to court. Under state law, any of the following agencies or persons may ask the court for a paternity order:

Whether or not a child is under the age of 12, the court may appoint a “guardian ad litem” who can represent the child in court.

The court has the authority to order genetic testing to determine the biological father of a child. Should the man in question refuses to cooperate or leaves the state before a judge decides on the parentage, the judge may decide on this lack of cooperation as evidence of paternity and will order that the man pay child support, regardless of which state he is in.

Establishing parentage in California through the court system can be complicated. It is a tedious process that involves genetic testing, court orders, laborious legal forms. As such, it is in your and your child’s best interests to seek legal advice from an experienced family lawyer. Call the Law Offices of Marc Grossman for a free initial consultation today

Whether the mother or the father is named primary custodian, that individual has a right to seek the assistance of child support. Child support is often paid by the non-custodial parent to the custodial parent to help cover the financial responsibilities of the child’s upbringing including medical costs, educational costs, and living costs, such as food, clothing, and shelter. Fathers have an equal right to seek child support when they are their child’s primary custodian and have the same rights as a mother should they need to seek legal action if support is not being paid.

How Father’s Rights Lawyers Can Help

In some cases, fathers may believe their right to a relationship with their child is being compromised or they are not receiving the same support a mother would receive in the same situation. In these cases, it is in a father’s best interest to seek the assistance of a legal professional with a background in child custody and fathers’ rights to help ensure their rights are being honored in court and they are receiving the time with their child and the support they need for the child as well.