What is the Purpose of the Statutes of Limitations?

One main justification for a statute of limitations is the unfairness that a delayed trial may cause to the defendant.

The statute of limitations is set to make sure that defendants are also treated fairly.  Evidence to prove the defendant’s innocence to a crime may get lost or destroyed over time. There may be instances that witnesses who may help prove that the defendant did not commit the crime may either be no longer around to testify or they may have already forgotten the facts critical to help the defendant. As such, it becomes unfair to prosecute a person for criminal charges after a certain period of time has lapsed. 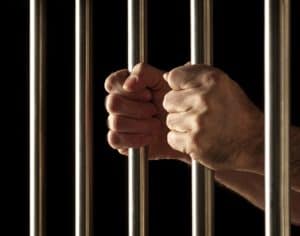 California’s criminal statute of limitations sets limits for how long a prosecutor may wait to file formal criminal charges. In most California crimes, time limits start on the day that the crimes were committed. There are exceptions such as child molestation cases, wherein the district attorney must first be made aware of the crime.

As in other states, some crimes have no statute of limitations, meaning there is no time limit as to when the aggrieved party can file charges. A lawsuit can be filed at any time after the crime was committed. These are:

Other time tables are as follows:

There is also a 4-year statute of limitations from discovery or date of the offense for the following:

“Tolling” or temporarily stopping the statutory limitations is possible in some cases. When a case is “tolled”, this means that the days do not count toward the final limit amount.  The statute of limitations is tolled in the following circumstances:

Are there exceptions to the rule on the statute of limitations?:

Exceptions also apply if the crime can be charged either as a felony or a misdemeanor. In which case, the limitations period for these offenses will vary depending on the underlying offense under which the defendant will be prosecuted.

What is California’s Discovery Rule?

It is important to note that in certain offenses, the statute of limitations does not begin to run until the offense has been, or could reasonably have been discovered. The Discovery Rule is used to determine when the statutory period for bringing criminal charges begins. The rule says that the SOL clock starts ticking as soon as an offense is discovered. As such, if a person committed a misdemeanor on March 6, 2019, but law enforcement did not know of the crime until February 22, 2021, they may file a lawsuit only until February 22, 2022.

Looking for legal assistance from a criminal defense lawyer in California?

If you’ve been charged with a crime, it’s always a smart move to contact an experienced criminal defense attorney as soon as you can so that you know what your options are.  A criminal lawyer can help build your defense especially if you have a chance to have your case dismissed if the statute of limitations has expired. Call Marc Grossman for a free initial consultation.