DUI is a criminal offense in which violators are charged for driving while intoxicated or driving under the influence of alcohol and any drug-related and controlled substances, violating DUI laws, impaired driving, or reckless driving in the legal sense. Drunk driving will lead to road accidents and even personal injuries that may also involve innocent lives. Unlawful acts and DUI charges will result in the suspension or revocation of one’s license.

Officers present in DUI checkpoints will conduct tests such as field sobriety test, breathalyzer test, and preliminary alcohol screening test that measures blood alcohol level. These will confirm the visible signs of intoxication from suspected drunk drivers. Violators will either be taken to the police station or to the hospital to measure the blood alcohol concentration in the blood through a breath test. Blood-test and urine samples are also taken from the offender to confirm any illegal drug use and drug possession. 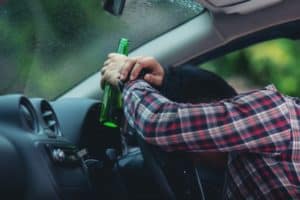 The complete report of the DUI arrest will be submitted to the prosecution agency. The prosecutor will review the case report and will decide whether to accept or drop the charges against the violator. The defendant will need a criminal defense attorney for legal representation against the criminal charges. An experienced DUI defense lawyer will help you come up with DUI defense strategies. DUI court processes in California are technically complex, and discussion of potential defense strategies is essential between the client and the DUI defense attorney.

The first appearance of the defendant will be during the DUI arraignment. Copies of the criminal complaint, laboratory results, and incident reports, including criminal history, will be given. Following the process of the court system, these will proceed to court hearings. The defendant would be given a chance to plead guilty, not guilty, or no contest. The prosecutor would recommend the first offer to accept the proposed changes. If the defendant pleads guilty, he or she will automatically be sentenced, and his or her DUI case will be closed.

In some cases, if the defendant pleads not guilty, the defendant has the right to testify and call on witnesses for their DUI defense. The DUI lawyer would have to review all evidence, including police reports, laboratory results, and devices. The DUI attorney will gather sufficient evidence and an appropriate DUI defense, such as inaccurate results of a laboratory test or falsified evidence or investigation against the defendant.

Negotiations and plea-bargain strategies happen during the pre-trial of the DUI process in California. DUI defense lawyers would also recommend having a jury trial wherein the defendant must convince the jurors that he or she is not guilty. Persuading the jury will be favorable for the defendant leading to a possible dismissal of criminal charges. However, there are advantages and disadvantages to having a jury trial. A jury trial is a legal process in which jurors make decisions and judgments based on facts and evidence. It is the DUI defense lawyer’s responsibility to convince the jury beyond a reasonable doubt, or else it would result in an unfavorable verdict. In the end, if the jurors decide that the defendant is not guilty, the DUI charges against the defendant will be dismissed. Otherwise, if a guilty verdict is handed down, the defendant will face appropriate punishment and receive a sentence following the California DUI penalties.

If you are facing DUI charges in California, get help from an experienced and comprehensive DUI attorney to fight for you. Consider getting the services of the Law Offices of Marc Grossman for your DUI defense. Call us now for a free initial consultation.